Aritzia Warehouse Sale 2012: Haul and tips on surviving the sale.

One of my favorite clothing stores is Aritzia and one of the reasons why I love it is because it started off in Vancouver BC, where I’m from. Every year around the end of August, and early September (usually the Labour Day weekend), Aritzia holds its Warehouse sale. I started going to the warehouse sales in 2007, when I found out about them on this website called mallvibes (ever since then I’ve been hooked to mallvibes!).

So I went on the first day of the sale that was open to the Public on Thursday. We got to Canada place by 6:08AM, and there were already 50-70 people in front of us. My cousin was a little disappointed because we didn’t beat last year when we were the 10th people in line but hey what can you do. We waited till they opened the doors at 8: oo and got in within 5 minutes.

Once getting in, it was on! I had a small side bag that I didn’t need to get checked in, so I ran to the $15-20 rack (tank tops that usually go fast.) I didn’t know what I wanted to get going in other then a couple of oversized sweaters, maybe a sweater dress from Wilfred and another Wilfred Diderot sweater but I kept an open mind because you never know if they’re going to have the things you want. Making a specific list will only lead to disappointment if you don’t end up finding it. I mean I picked up this Wilfred sweater dress (don’t know the name of it, and it isn’t in the catalogue.) and when I went to try it on in the changing room (which are just 2 tents with several mirrors, which is a huge upgrade from pervious events) some girl grabbed it from my pile as I was changing!

After spending an hour in there, we got out 9:08 AM (there got to be too many people and it was getting overwhelming). By then the line had gotten so bing that it stretched to outside the new Vancouver Convention Center.

So here’s what I got:

Wilfred Diderot sweater (also known as the Batwing) in a like an aqua color $39.99-I bought the black one at last year’s sale and I love it! It’s really warm and perfect for the winter. The small stud details in the front and back add a nice touch.

TNA Newport Raglan T-shirt hot pink with light pink stripes $19.99- My cousin grabbed me this one, since I was looking for sweaters (or t-shirts as TNA calls them.) It’s really soft and a great staple to have. The rolled up selves give it more that lounge look.

TNA Newport T-Shirt with orange stripes $19.99- They had racks of these in the beginning but as we were leaving I didn’t see that many left. Also be careful! Some of these were marked $32.99 while others (like the one I got) were marked $19.99

TNA Pomona T-shirt Beige with gray stripes $19.99- Similar to the Newport Raglan T-shirt but a little more sheer, but has the same rolled up sleeves.

So I did end up getting the things I had in mind. The Wilfred Diderot sweater though was complete luck. My cousin had found one randomly. Like I said, this year the sale was at Canada place which is a better location then last year at Gastown, which caused a lot of traffic since little girls where getting dropped off by their parents and some girls crossing the street were not looking where they were going.

I went to the warehouse sale again today! We got there at 9:30, got in at 10:05, so the line wasn’t that bad. They brought out racks whenever a section was cleared; So we waited for racks to come out for about 2 1/2 hours, hoping to get my cousin a Wilfred Diderot sweater. We saw 2 girls find 2, so we guessed that they were randomly on different racks and decided to wait untill more racks came out. Our patience paid off, because as one rack came by, my cousin noticed a creme/biege Wilfred Diderot sweater and grabbed it. Luckly it was in her size. In the end we left at 12:30 pm, and I spent $44.77

Survival tips and other helpful tips. 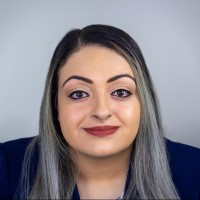 Joty
Joty Dosanjh is a Web Developer and Graphic Designer based in Vancouver BC, Canada. Polishyourworld is a blog she started in 2012 to showcase her DIY, and Nail art skills.